»Nikki Sudden (R.I.P.) ordered a 5-string pirate guitar. Beeing a big Stone Fan, he found a guitar plan in one of the older Rolling Stones books, which I remembered as well. It was a 5-string from Ted Newman Jones III, who had built it for Keith Richards. We took this design as a basis on our own design, and developed Nikkis pirate dream guitar, which was supposed to mainly be used for recording his album »Treasure Island« back then. The guitar itself is a set neck mahogany guitar with a 3mm maple veneer. Everything needed to be custom was especially made for it though its only 5 strings. I made a new bridge from massive Nickelsilver, Harry Häusel wound two 5-String Humbuckers. There are several features which Nikki liked to get: first he wanted a pirate girl made as a pearl inlay, then we got an original gold doubloon from 1750, which he inlayed into the front, and made copies from this for the potentiometer knobs.
The biggest work done was the hand engraved silver scratch plate, which shows original motives from the Book »Treasure Island”«. Nikki was very happy with this guitar and he said: »Normally I write one or two new songs with a new guitar, but with this I already have written five«. That made me very happy. Nikki had a great sense of humor: After having dyed and lacquered the guitar with pink and green to match his new brokat stage suit I asked him, if he liked the color? And he said: »Yeah, this is a nice grey. Don‘t you know that I am color-blind?«« 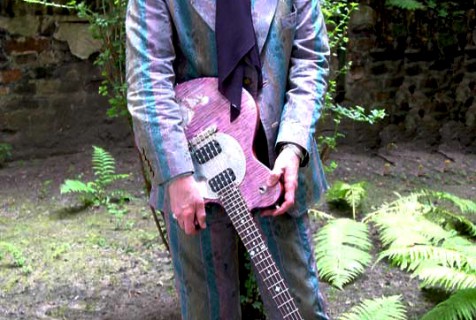 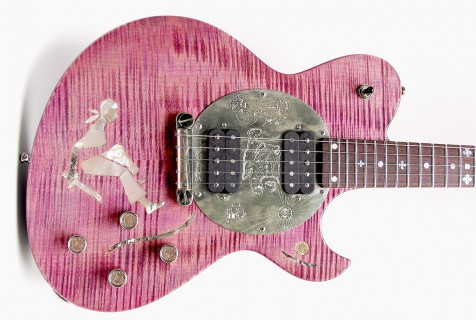 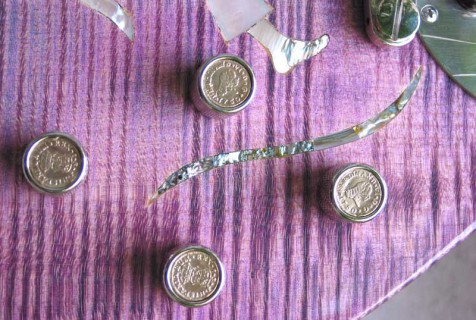 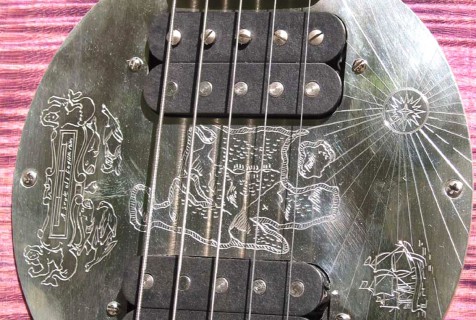 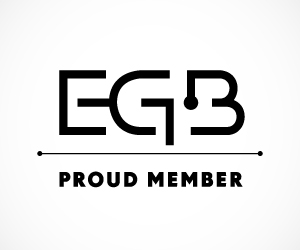