When Dirk Dresselhaus aka Schneider TM came to our shop, it soon became pretty clear that he was seeking for a very special tool altering the Deimel Firestar we had previous built for Juozas Milašius, an experimental guitar player from Lithuania. Dirk is well known for Schneider TM, a project that moves sounds in the direction of instantly composed freeform music, employing varying instruments including guitar, electronics, balaphon as well as field recordings. Sometimes the work is solo and at other times together with artists like Jochen Arbeit (of Einstürzende Neubauten, Automat), Damo Suzuki (ex-Can), video artist Lillevan or Japanese dancer Tomoko Nakasato. He is also member of the indie rock band »Locust Fudge« that just released the new album »Oscillation« in 2018 with many guests like J Mascis of Dinosaur Jr.. Dirk also works frequently as a film and theatre music composer, so the field is wide and experimental.

Dirk asked for all the special functions that Juozas guitar was having plus 2 sound chambers. Each chamber has it’s own built in piezo disk attached to the bottom and a bakelite cover that sticks with magnets to the body. This way he can easily put any stuff into the chambers and heighten the amount of sound options to an infinite.

Combining this with any of the 3 pickups, the 3rd one is behind the bridge, and/ or the built in LesLee@, we are sure to hear new sounds soon we have not even thought of before. 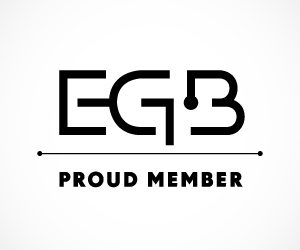 Working on our our very own shaped pickups in diff

10 years ago one of our first Deimel Firestar guit

Deimel Firestar #deimelfirestar222 you could alrea